At jjcountrylifeart we will endeavour to make available the artwork of George Edward Lodge as we continue to look for his work.

George Edward Lodge was born at Horncastle in Lincolnshire, the son of Samuel Lodge. From an early age the young Lodge showed an interest in natural history, drawing and painting. He also learned the art of taxidermy, which gave him a profound understanding of avian anatomy. Although George Edward Lodge became greatly admired for all his depictions of birds he had a particular fondness and interest in raptors and was often seen bearing either a hawk or a falcon on his arm. He was a great sportsman and particularly enjoyed annual visits to Scotland and Norway where he gathered material for his paintings.

George Edward Lodge was a renowned gentleman and generous in his praise for other artists particularly his friend Archibald Thorburn whom he once described as having an unsurpassed technique for painting a birds plumage.  His art appealed to the growing number of collectors who had turned away from Victorian sentimentality and embraced the more authentic depictions of life in the wilds.  His work has been greatly admired and collected through auction houses and galleries alike and his name enjoys an international reputation. 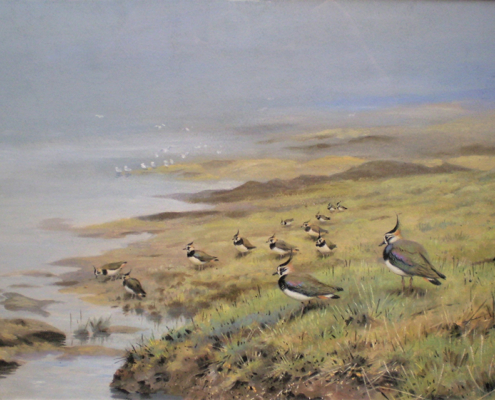 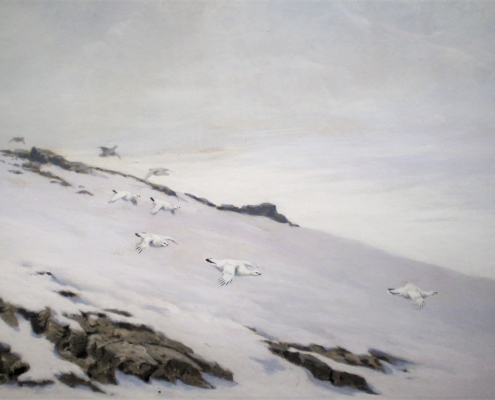