At jjcountrylifeart we have a very high regard for the artwork of Hugh Monahan and consider that his pictures represent very good value.

He had a preference for painting in oils and secured his reputation with his trademark pictures of wildfowl set in atmospheric landscapes.  He was a talented artist able to keep the oils he used flowing over the canvas.  This enabled him to create a sense of movement in his subjects.  Because his work was a combination of realism, with a hint of impressionism his pictures are best viewed standing back, where contrast in light and atmosphere can be fully appreciated.  In our opinion we believe that many of his paintings would comfortably hold their own, against some of the more celebrated works by Sir Peter Scott, but at a fraction of the cost.

Hugh Monahan became President of the Wildfowlers Association between 1953-1956, and he co-authored Wildfowlers Year 1953. He exhibited at Victor Waddington Galleries in Dublin during the 1950’s and at the British bird art fair at the Belfast museum. Later in his career he went on to exhibit through  Rowland Ward, The Tyron Gallery in London and other leading galleries. 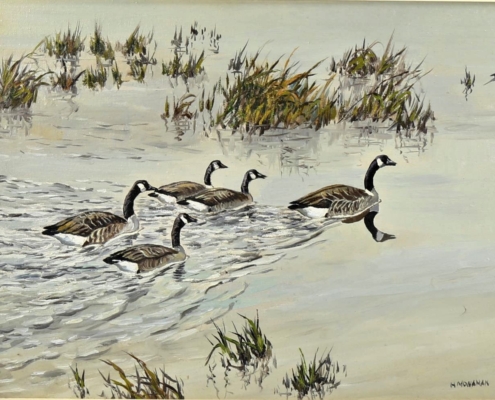 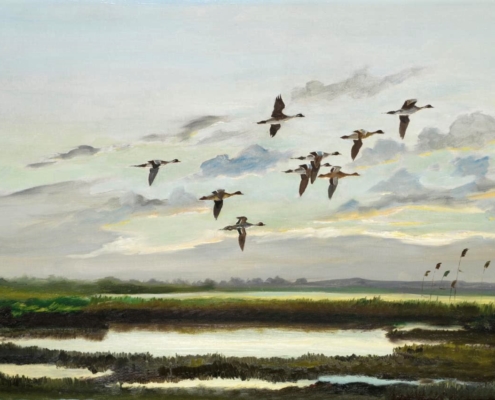